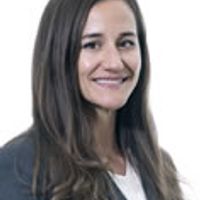 In a speech delivered at City Week 2020 published yesterday, FCA CEO Nikhil Rathki set out three ways in which the FCA will build a “regulatory environment for the future”: (i) meeting the needs of UK markets; (ii) setting the bar high at the gateway for entry to regulation and intervening assertively to deal with misconduct; and (iii) playing their part in international regulatory discussions.

On the first point, Rathki hinted at “tougher standards than those in the EU” and cited market structure, the operation of the transparency regime, the regulation of commodity derivatives markets, and improving access to market data as areas in most need of improvement.  He also announced that the FCA will next month be bringing forward a consultation seeking views on removing barriers to company listing as well as seeking views on “the purpose and whether wider-reaching reforms could improve effectiveness.”

With respect to the second prong related to “setting the bar high”, Rathki emphasised how it would remain rigorous in its review of firms currently in the Temporary Permissions Regime, its registration of cryptoasset firms (noting that the FCA has identified 111 firms operating without registration and suggesting the potential for the FCA taking action), and stated that authorised firms who are misusing their permissions would have to “use it or lose it”.

Finally, on the third aspect of the FCA’s approach, the focus was on the hot topics of ESG and sustainable finance. Rathki announced that the FCA is proposing to extend Climate-related Financial Disclosures requirements to issuers of standard listed equity shares covering around 150 more issuers and accounting for almost £1 trillion in market capitalisation. The FCA will seek initial views on selected ESG topics in UK capital markets and, separately, proposing new disclosure requirements for asset managers, life insurers and FCA-regulated pension providers.

All told, a perhaps unsurprising mix of back-patting, announcing upcoming consultations, and sending stern messages to certain sectors with not-so-subtle references to the FCA’s arsenal for taking regulatory action.

Although the UK is open for business, it is not open to firms who do not meet our regulatory expectations. All firms can expect to be held to the same high standards.